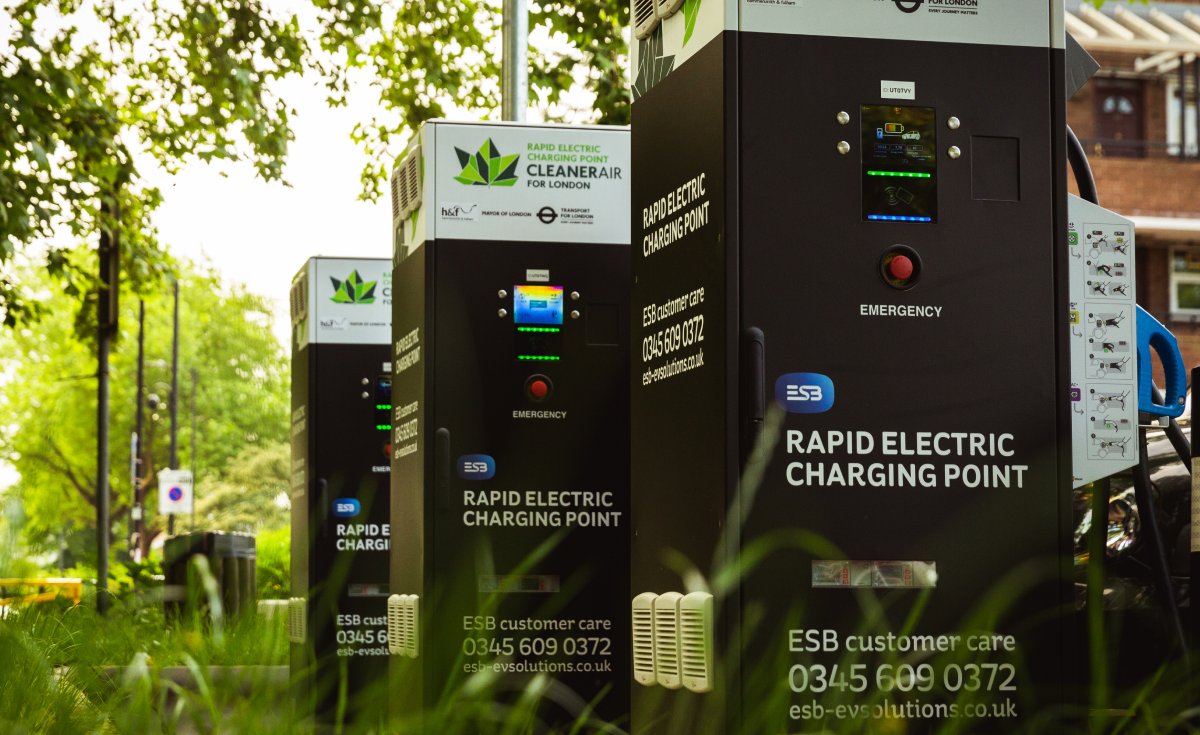 ESB Energy’s Electric Vehicle Solutions has helped deliver an ambitious target of 300 new rapid charging points across London, it has been announced today.

Transport for London (TfL) met its target to install 300 electric vehicle (EV) rapid charging points by the end of December 2020, bringing the total to almost 6,000. ESB Energy’s EV Solutions was a major EV charging point operator for the project, despite works being paused from April to June 2020 due to the Covid-19 pandemic.

London now has more than 500 rapid charge points and over 5,500 residential charge points, with some points dedicated exclusively for almost 4,000 electric taxis operating in the capital. Working with bp pulse and ESB Energy as the charging point operators, TfL met its target to install 300 rapid charging points by the end of December 2020.

Rapid chargers are mostly used by commercial vehicles such as taxi, delivery and courier drivers and are designed to be used for around 30 minutes for a quick charge. TfL has also helped boroughs deliver more than 2,000 on-street residential charge points, through the Go Ultra Low City Scheme, with more than 3,000 forecast to be delivered by the end of March this year. Both projects, as well as a grant scheme to help taxi drivers switch to electric vehicles, are funded by the Government’s Office for Zero Emission Vehicles (OZEV).

A recent report by the International Council on Clean Transportation revealed that London came out top of the league of European cities on electric vehicle policies – showing London has the most ambitious policies to phase out the use of petrol and diesel vehicles. As a result, London is currently leading the UK in electric vehicle infrastructure – with a quarter of all the country’s charge points located in the capital.

While the charging infrastructure installed meets demand for now, a huge rise in demand is expected over the next few years as the take up of EVs increases. The Mayor’s Electric Vehicle Infrastructure Delivery Plan estimates that by 2025, London may need up to 4,000 rapid charging points and up to 48,000 residential chargers as more and more people and businesses move to electric vehicles.

City Hall is working with TfL, the Department for Transport and local councils to  agree a plan for future installations. This includes reviewing available public land for installing EV charge points, reviewing TfL’s own EV procurement strategy, and a recent reconvening of the EV Infrastructure Taskforce to discuss how to tackle challenges to delivering London’s future charge point needs. It supports the Mayor’s overarching goal to achieve a zero pollution and zero carbon city by 2030. 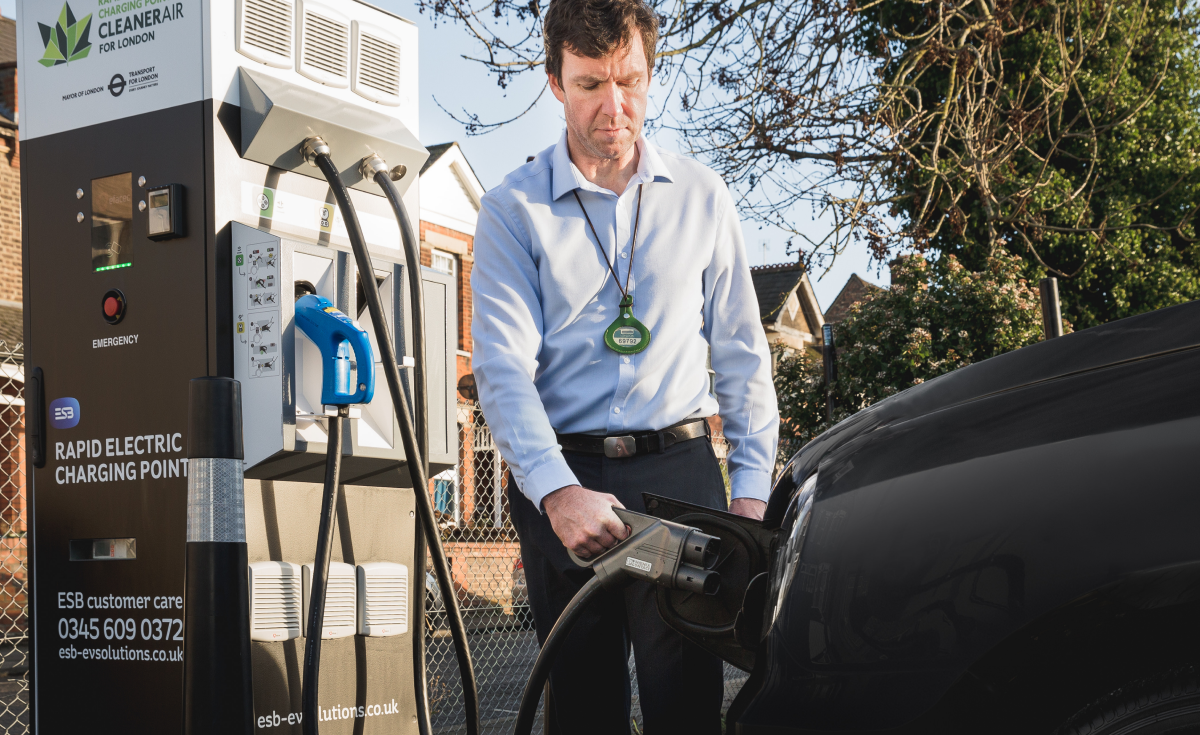 “It’s essential we help more people move away from petrol and diesel cars to tackle the twin dangers of air pollution and the climate emergency.

“However, there is much more to do and we need to go even further and even faster which is why in October this year I am expanding the Ultra Low Emission Zone up to the North and South Circular roads. This year the UK is hosting COP 26 the climate conference and it’s more important than ever that the public and private sector work together to speed up the transition to zero emission vehicles.”

“Rapid charging points will play a key part in decarbonising transport and the shift to cleaner vehicles. To help drivers make the switch from older, more polluting vehicles to electric, they need the confidence that plugging in will be convenient and hassle free. We have hit our target of 300 rapid charge points, which along with the capital’s extensive wider network, make London a city that is showing bold leadership on the global issue of cleaning up toxic air.

“As set out in the Mayor’s Electric Vehicle Infrastructure Delivery Plan, we know that demand for places to charge is going to ramp up in the next few years. We will be working closely with the Government and London’s boroughs to ensure that everyone has access to the charging points they need to turbo charge this green revolution.”

“London’s comprehensive electric vehicle support policies – from the ULEZ and planned Zero Emission Zones to electrifying its black cabs and the innovative Go Ultra Low City Schemes – have made London an example for other cities across Europe and the world. This milestone shows that London is committed to overcoming the charging infrastructure challenge and unlocking a broad transition to electric vehicles, bringing major benefits for air quality and the climate.”

"London is a true global leader on climate action, as is demonstrated by this fast and effective roll-out of rapid charging infrastructure across the city. Easy access to charging points is critical to achieve a future where zero emission vehicles are the norm.

“We congratulate Mayor Sadiq Khan and TfL on achieving this milestone, and the continued efforts to reduce emissions in the city and make London’s air safer to breathe for all. Today’s announcement is a prime example of how cities like London are driving forward urgent solutions to the climate crisis, towards a zero-emission future."