What makes ESB Energy different from other energy companies? We’re not just a green energy supplier. We generate green energy too. We built our first wind farm in the UK over 30 years ago, long before anyone else was talking about renewable energy sources. Our wind turbines are still going strong out there in Fullbrook, Mynydd y Betws and West Durham.

What makes us a green energy supplier?

Green is who we are. We have invested £1 billion into renewable energy, powering over 300,000 green homes with wind power, and now we’ve planned further renewable energy investment in onshore and offshore wind farms that will have the potential to power approximately 1.8 million green homes.

Meet our Wind Farms providing you with green electricity 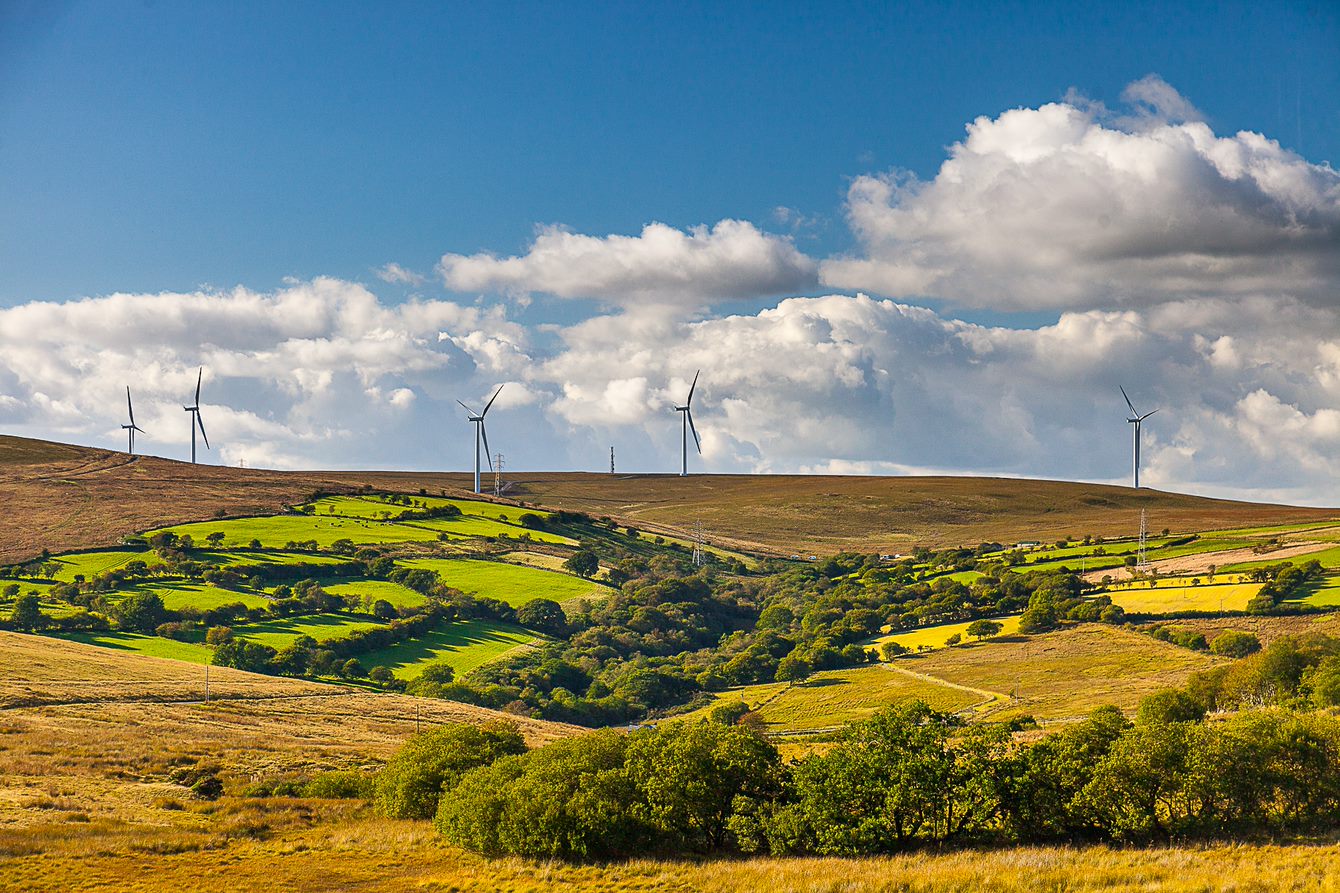 Have you ever wondered where are the UK’s wind farms located? The Mynydd y Betws Wind Farm sits on Betws Mountain on the border between Swansea and Carmarthenshire in South Wales.

The wind farm has 15 wind turbines with a combined green energy generating capacity of 34.5 MW. This wind energy can generate enough renewable electricity to power around 22,425 households a year, which equates to about 28% of Carmarthenshire.

Each year, the operation of Mynydd y Betws Wind Farm off-sets the emission of more than 94,000 tonnes of carbon dioxide (CO2), going towards minimising the environmental impact of ‘Betws New Drift Coal Mine’ which occupied the area for nearly 30 years prior. 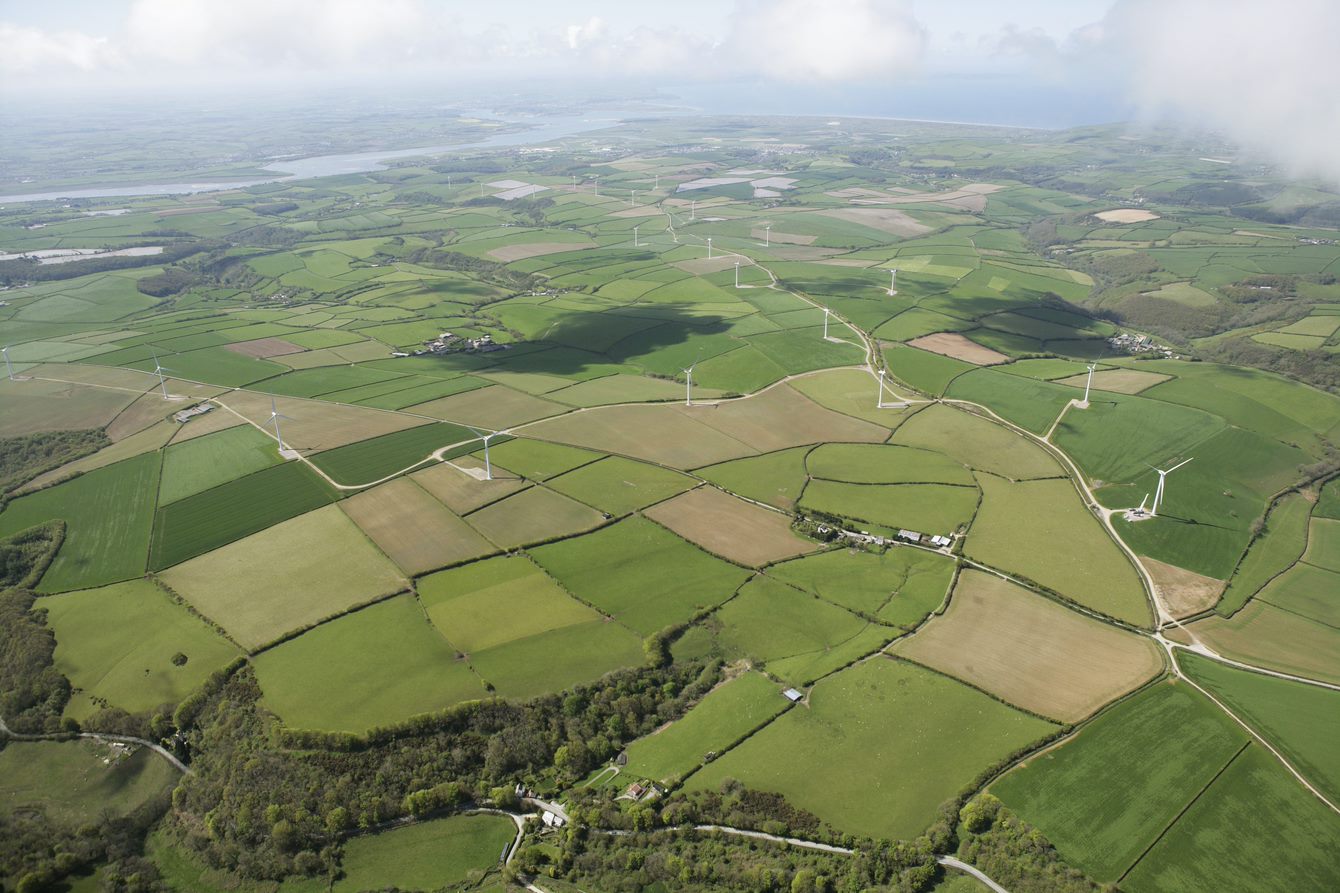 The Fullabrook Wind Farm is located near the Hartland Point peninsula between Barnstaple and llfracombe in North Devon. It was the biggest wind farm in the UK at the time it was built, and is still considered one of the biggest today.

The wind farm has 22 turbines with a combined green energy generating capacity of 66 MW. It can generate enough renewable energy to power around 42,100 households a year, which equals to about 30% of Devon. That’s a lot of wind energy!

Each year, the operation of Fullabrook Wind Farm saves more than 180,000 tonnes of carbon dioxide (CO2), the per capita footprint of 14,700 people. 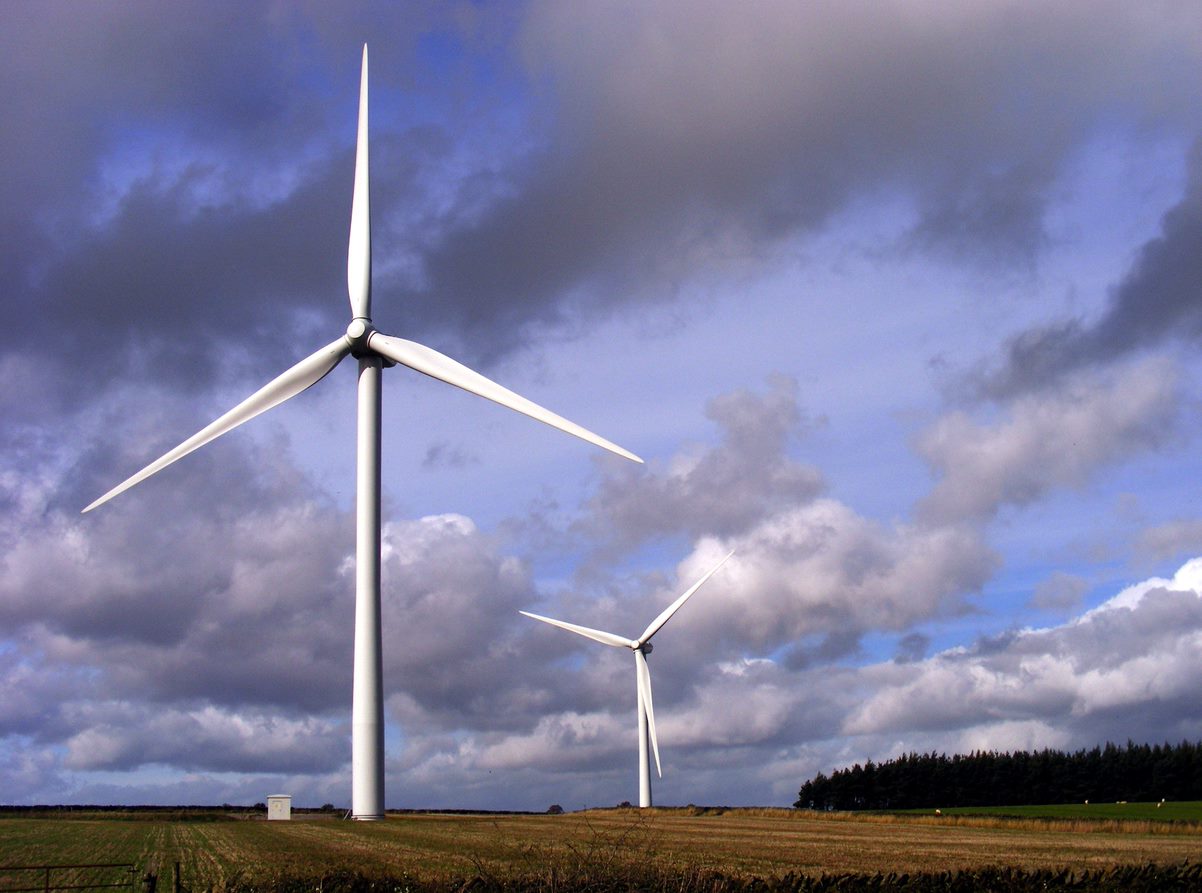 The West Durham Wind Farm is located near Tow Law in County Durham.

The wind farm has 12 wind turbines with a combined green energy generating capacity of 24 MW. It can generate enough renewable electricity to power around 15,300 households a year.

Each year, the operation of the West Durham wind farm off-sets the emission of more than 65,000 tonnes of carbon dioxide (CO₂). This is equivalent to removing in excess of 17,400 cars from the road (excluding electric cars, of course!).

Creating a brighter, sustainable energy future for Great Britain and Our Planet

At ESB Energy, we chose to be a green energy supplier so to help to pave the way to a Brighter Future. Together, we can be part of a collective shift towards a more sustainable energy future.

Wishing for a Greener Home? Switching to Green Electricity is Easy with Us!

Want to find out more about us?

Did you know we’re a green energy supplier in more ways than one? Read more about us here.

Or just give us a call to chat. We’d be delighted to hear from you.